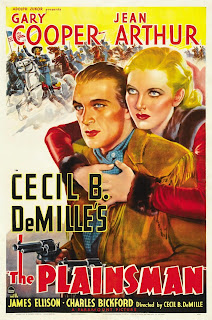 A country just over 160 years old, Americans seemed to lack a certain mythology that existed in the European lands of their ancestors. Here in The Plainsman Cecil B. DeMille supplies an American mythology of the forging of the western frontier. Taking place directly after the Civil War when Reconstruction allowed Americans to discover its identity after tragedy DeMille weaves together tales of real historical figures with a large amount of fiction to create a mythos of the people that aided in creation of the country as it would be in the final decades of the 19th century.

The Plainsman is a western telling stories of frontier legends “Wild” Bill Hickok, Calamity Jane, and “Buffalo” Bill Cody as they try to tame the wild west, including run ins with Indians and other rough-necked men that peppers the frontiers. Fresh off serving in the Union Army during the Civil War Bill Cody (Gary Cooper), the famed frontier scout makes his way back west where he runs into old friends Bill Cody (James Ellison) and Calamity Jane (Jean Arthur). Cody, now a married man trying to settle down, and Jane, looking to rekindle a romance with Hickok, have their plans of conquering the frontier put on hold as Indians begins killing white men at an alarming rate with rifles sold to them by gun makers filling the whole of their lost after the end of the war. Hickok, Jane, and Cody have their run ins with the Injuns, but Hickok learns of the gun suppliers, led by John Lattimer (Charles Bickford), killing a handful of men sent to murder him, effectively making Hickok a fugitive. Learning of the slaughter of General Custer (John Miljan) at Little Bighorn, Hickok stops and kills Lattimer, but is done in my his henchmen, much to the grief of Calamity Jane.

Taking a broad look at the picture, the film is a descent western as a standalone film. The picture sets out to bring to life the romance and adventure of the old west in its infancy shortly after the Civil War as it was in the minds of thrill loving audiences of the 1930s. Keeping in mind that the time frame being dealt with in the film was a mere 70 years prior to the release to the picture, the conquering of the western frontier, battles with savage Indians, and the names and events covered in the feature was still fresh in American history’s minds. Of course with motion pictures this feeling of adventure, excitement, and romance of the past could now be dramatized on screen and bring the thrills to audiences around the country, and that was precisely what Cecil B. DeMille set out to do.

Now in a more detailed aspect of looking at the film, the story is a complete mess when dealing with actual events, bastardizing American history all together. The picture does recreate moments that children had learned about in history books, most notably Custer’s last stand and the existence of these three main characters, but that is where reality and accuracy exits as the picture is highly fictionalized. The film tries to pull you in with history and hopes you stay for the classic western aspects and the complicated romance between Calamity Jane and Bill Hickok.

Details and history aside, the motion picture is yet another step in director Cecil B. DeMille’s efforts to bring a new success to the screen. A great director of the silent era, DeMille found achievement in the time after the advent of sound primarily with the epic sized picture. With a handful of failures in classic dramas, DeMille used his power in Hollywood to find large budgets to produce large scaled films; films that had scope that people would talk about and could help but go see. Pictures like The Sign of the Cross, Cleopatra, and The Crusades dealt with large historica,l or biblical events that people yearned to see come to life, and DeMille provided. That is where he found his niche and in the The Plainsman he takes the names and events of the Wild West and presents them in way he seemed only to provide.

Stars Gary Cooper and Jean Arthur would not necessarily be the first people to come to mind in western roles, but for their time in glamorous Hollywood they seemed to fit the bill. Gary Cooper was a tall and handsome actor who could be serious, but carry a soft side that he seemed to hide underneath his stern exterior. Though not essentially an imposing man he was a good horseman, which here included him performing his own stunts on horseback. (notably a scene where he rode between two horses)This in some way would begin him on a track to becoming a star in the world of the westerns as Cooper would star in numerous popular films of the genre for decades.

Jean Arthur, on the other hand, would be better known for her work as quirkier girls. Her movie star looks, and bright blonde hair does not say frontiers woman, but she desperately tries to make a woman of tough experiences and wilderness living come to the screen despite her very soft, smooth skin and perfectly manicured hair. She does not sell the character as the rough person Calamity Jane actually was, but makes the part one of a helpless romantic and a woman that is weak for love with Hickok when in danger. For the 1930s she could fly through in this kind of a performance as Jane, but time would not be kind to legacy of this part. Arthur did love playing the role, stating it was her favorite part to play to date at the time, though it would have been interesting to see the first choice of DeMillein the role, Mae West, and what she would have provided for the character.

Though in a major role James Ellison as Buffalo Bill Cody comes off as too squeaky clean and cropped, like a movie star, to be a frontiersman, much like Jean Arthur, but here was a famous frontiersman known for his taming of the west with an unnatural clean look. This was a big opportunity for the 26 year old, six foot three inch actor, but as it would be he would not pan out as a major star. His overly polished look and acting style would not make him stand out as a star in the film, but he would land many roles in B-movie westerns for years to come, after all he was a tall, handsome man that could remember his lines and say them clearly. His best remembered work was that of Hopalong Cassidy’s sidekick in a series for Paramount.

So the American frontier was nothing like this picture and the characters portrayed as historical people were far from reality, The Plainsman was a product of a filmmaker and his time. Even the opening sequence of Abraham Lincoln and his words to open the west followed by foreshadowing of his death while he left to visit Ford’s Theater can be seen as dreadfully produced cliché scenes from a contemporary point of view, audiences of the time would enjoy it enough to go see it on a casual evening. If there is any take away from the picture it was a strong introduction of Cooper into the genre of the western, a field he would be a major figure in for the remainder of his career.
Labels: Cecil B. DeMille Charles Bickford Gary Cooper James Ellison Jean Arthur Paramount Plainsman western 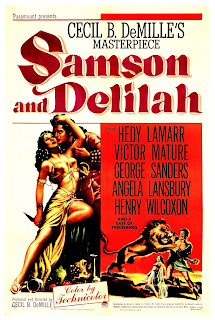 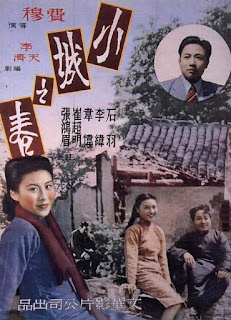